Since 1925 El Popular has become the oldest Mexican food product manufacturer in the United States; by providing authentic Mexican chorizo, mole, and chocolate to families for nearly a century.

The company’s roots began in Monterrey, Mexico and through Vincente F. Garza’s journey to East Chicago, Indiana in 1925, he brought with him his family recipes which have made El Popular a successful leader in the Mexican food industry.

Fast forward nearly 100 years later and the historical brand is still standing strong, along with a new brand identity to pay homage to its roots and continue the company moving towards the next century. Influenced by El Popular’s rich history in both Mexico and East Chicago, the identity drew inspiration from old company packaging logos and textures, traditional recipes, family photos, vintage and industrial typefaces, cultural colors, and the premium quality invested into all of their delicious Mexican food products. 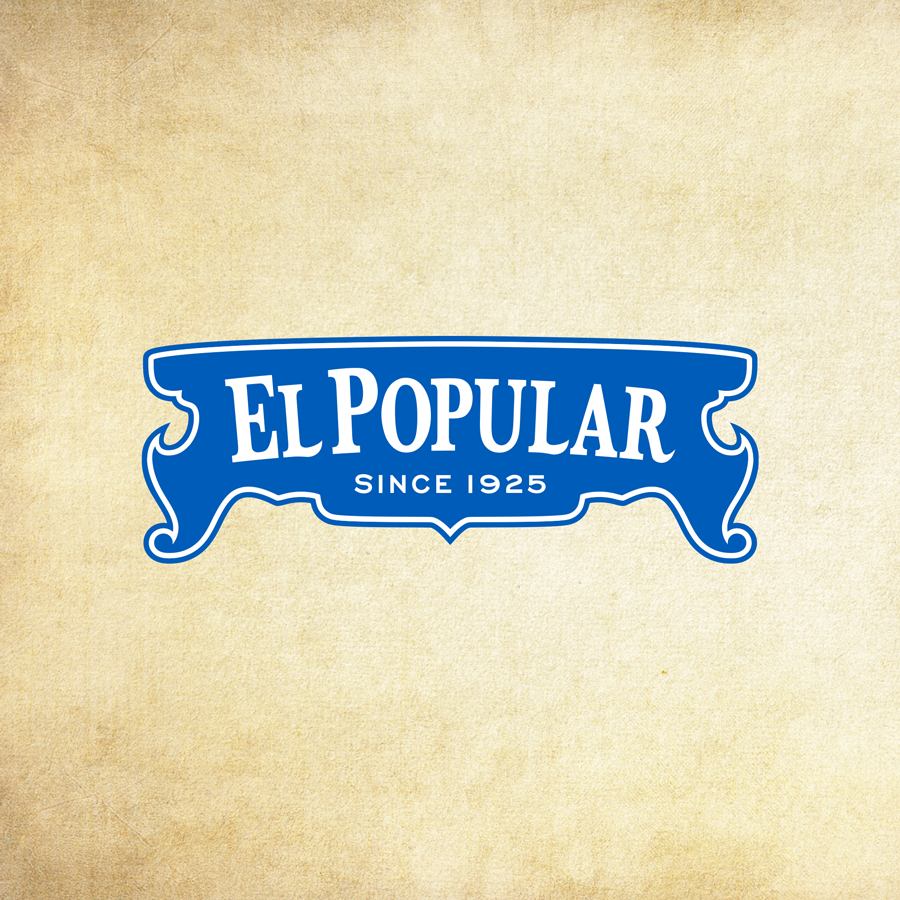 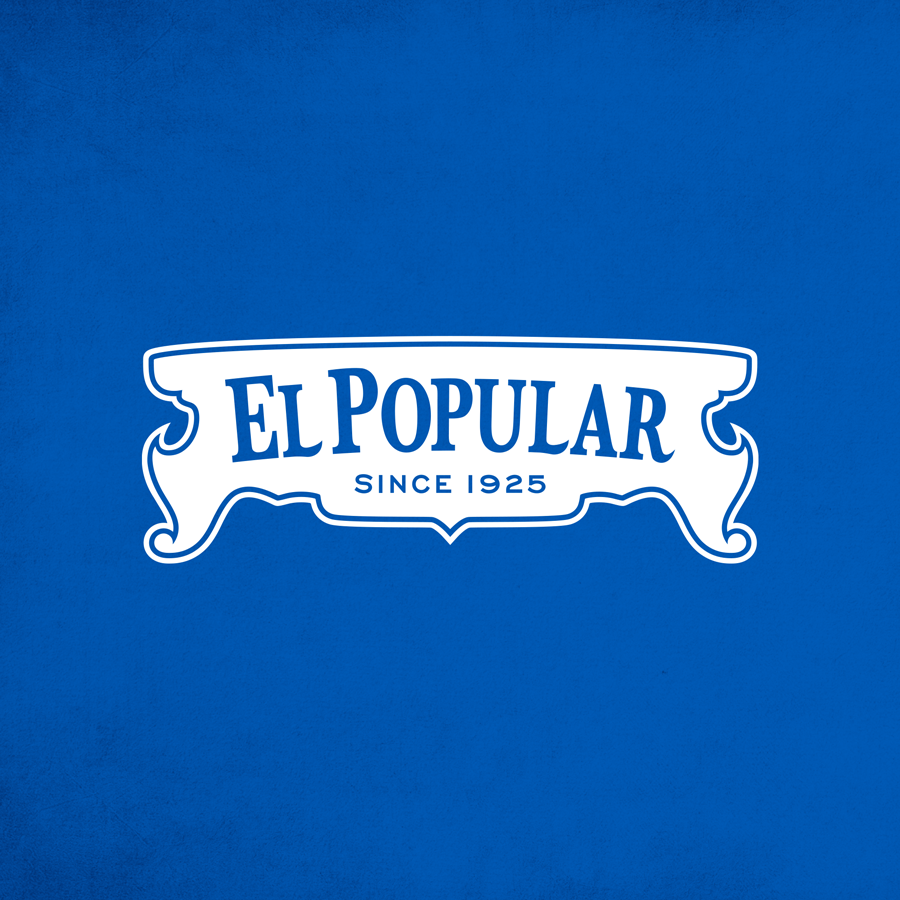 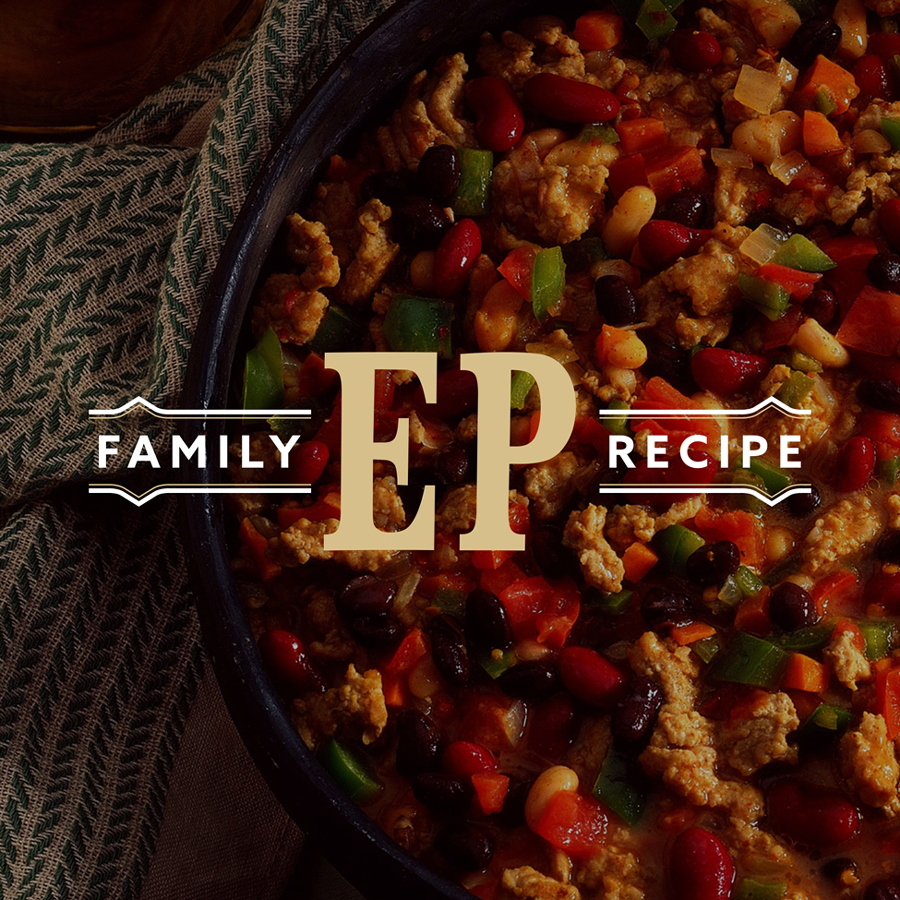 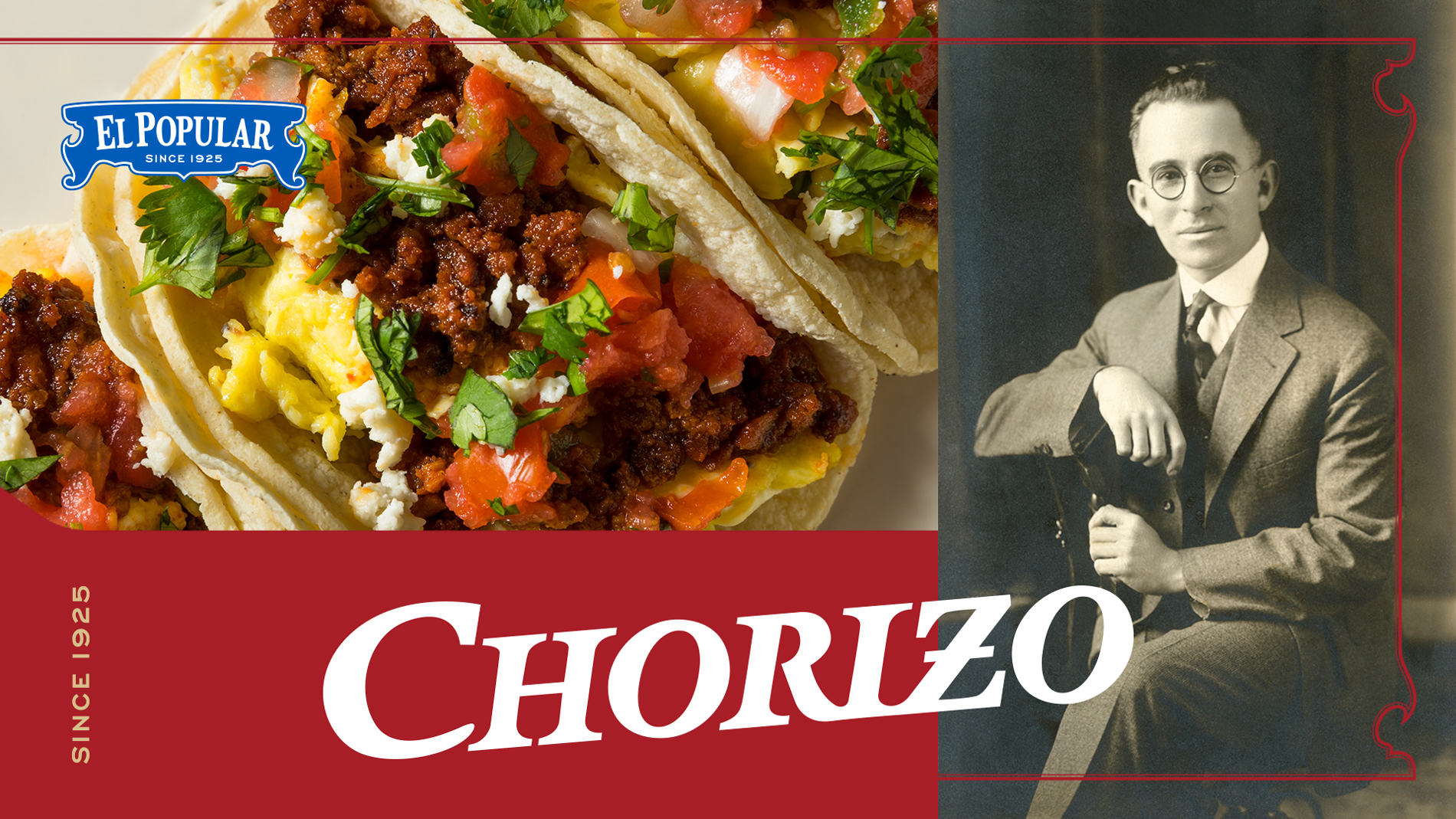 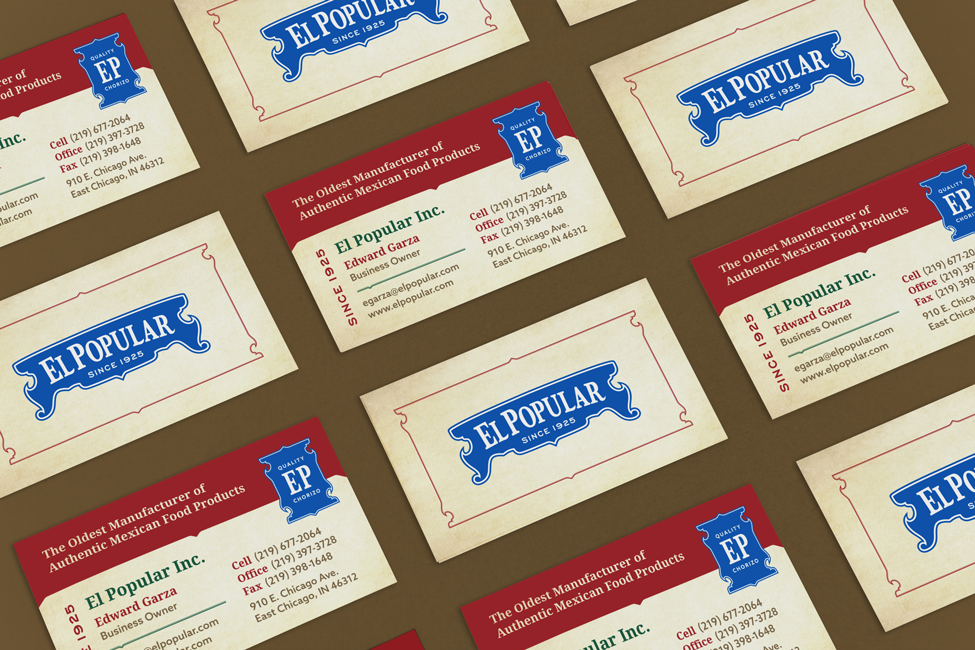 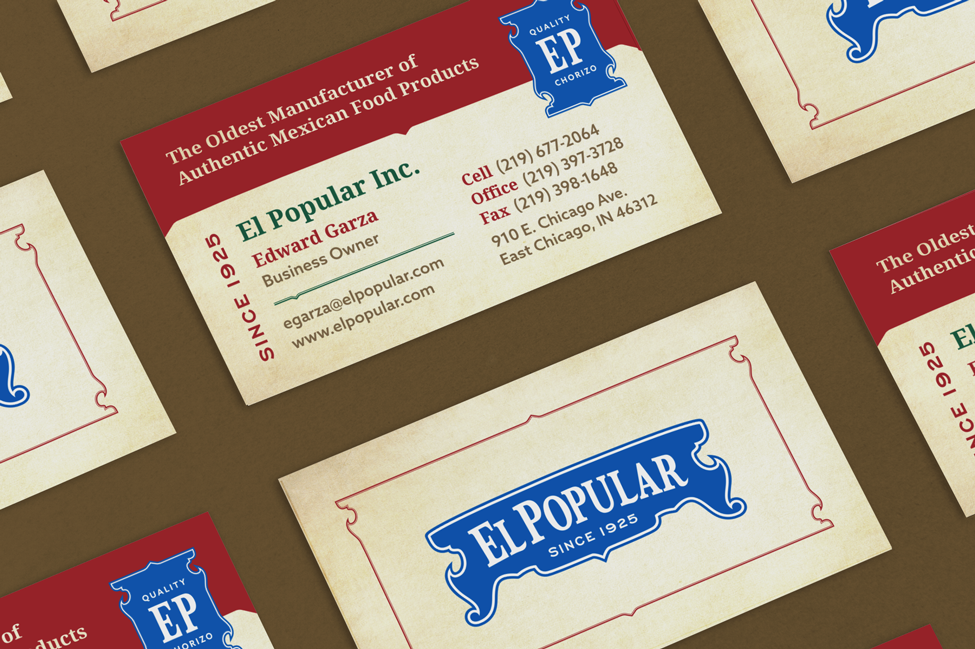 “Innovative and unique graphic designer! Kyle created a new brand identity and website for my 95 year old family business to communicate our heritage and tradition in the Mexican food industry. If you want to take your business to the next level, I highly recommend his services.” 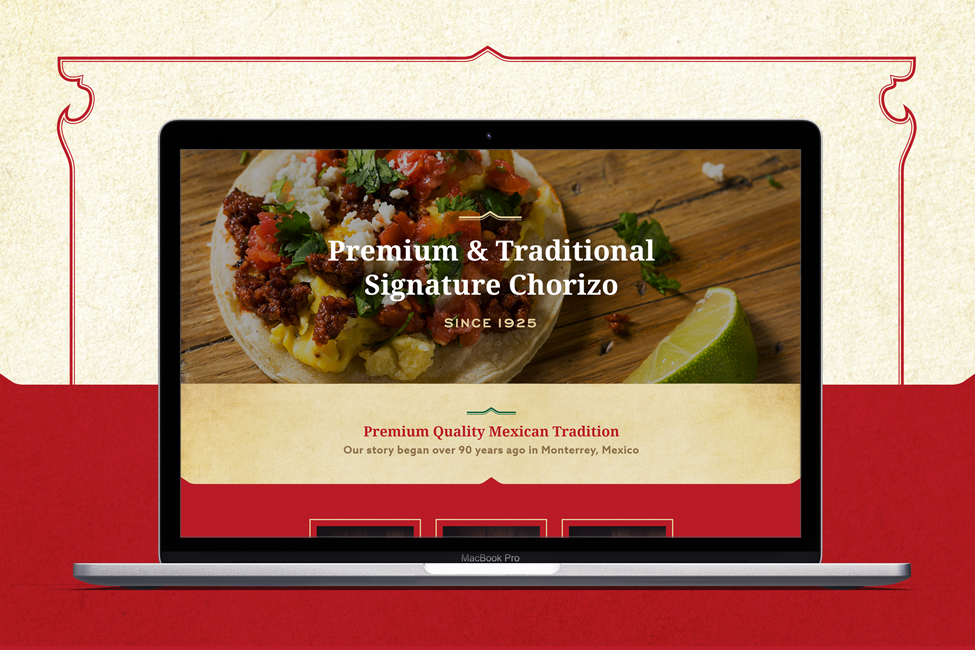 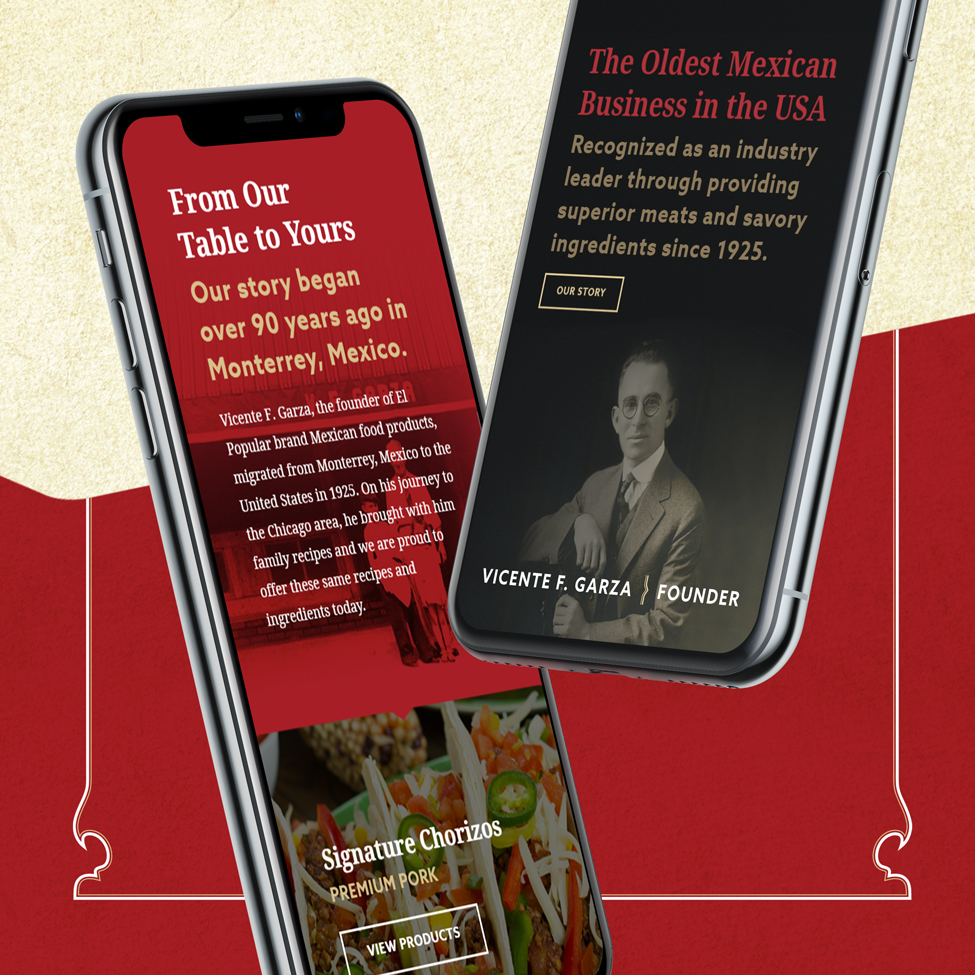 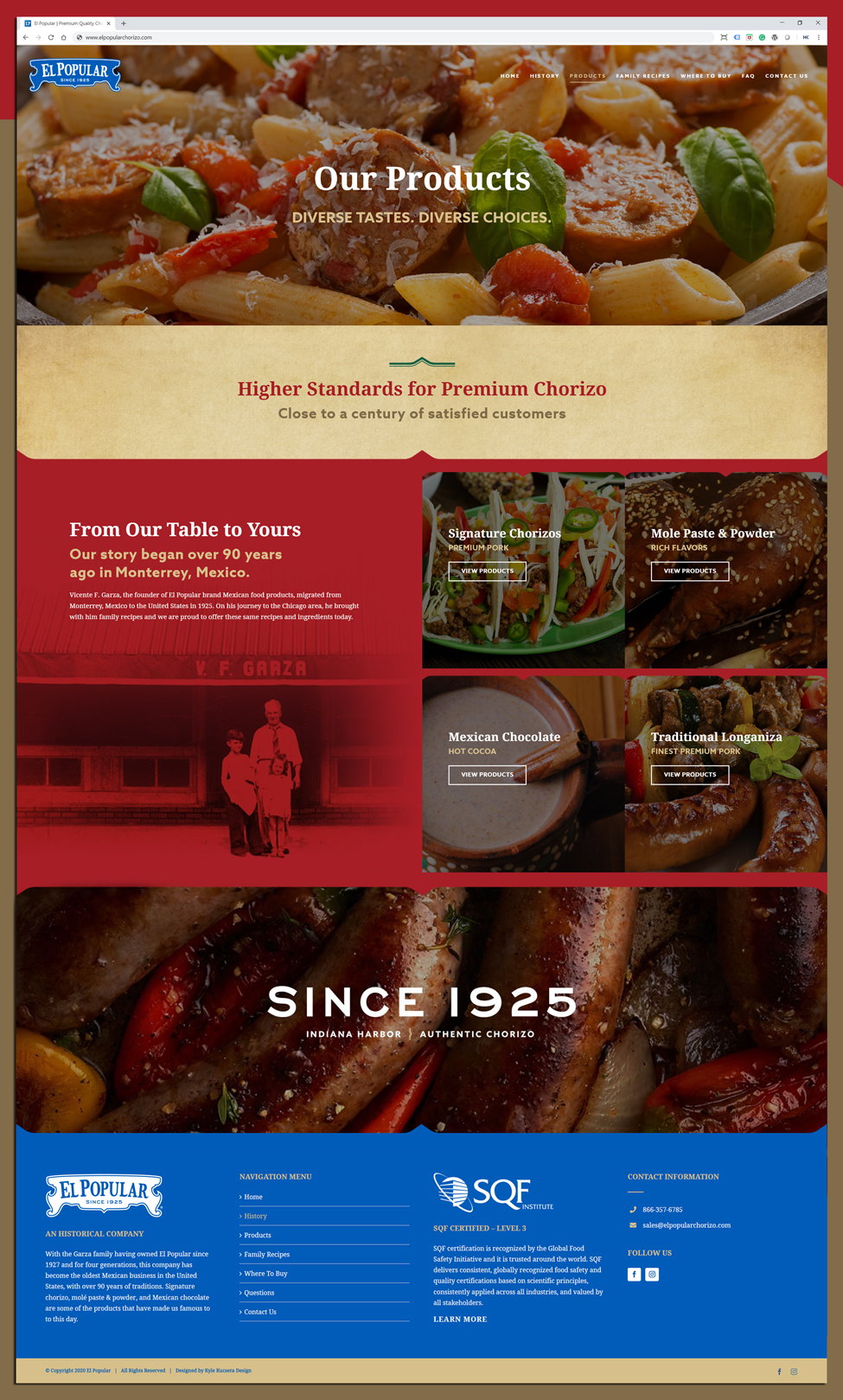 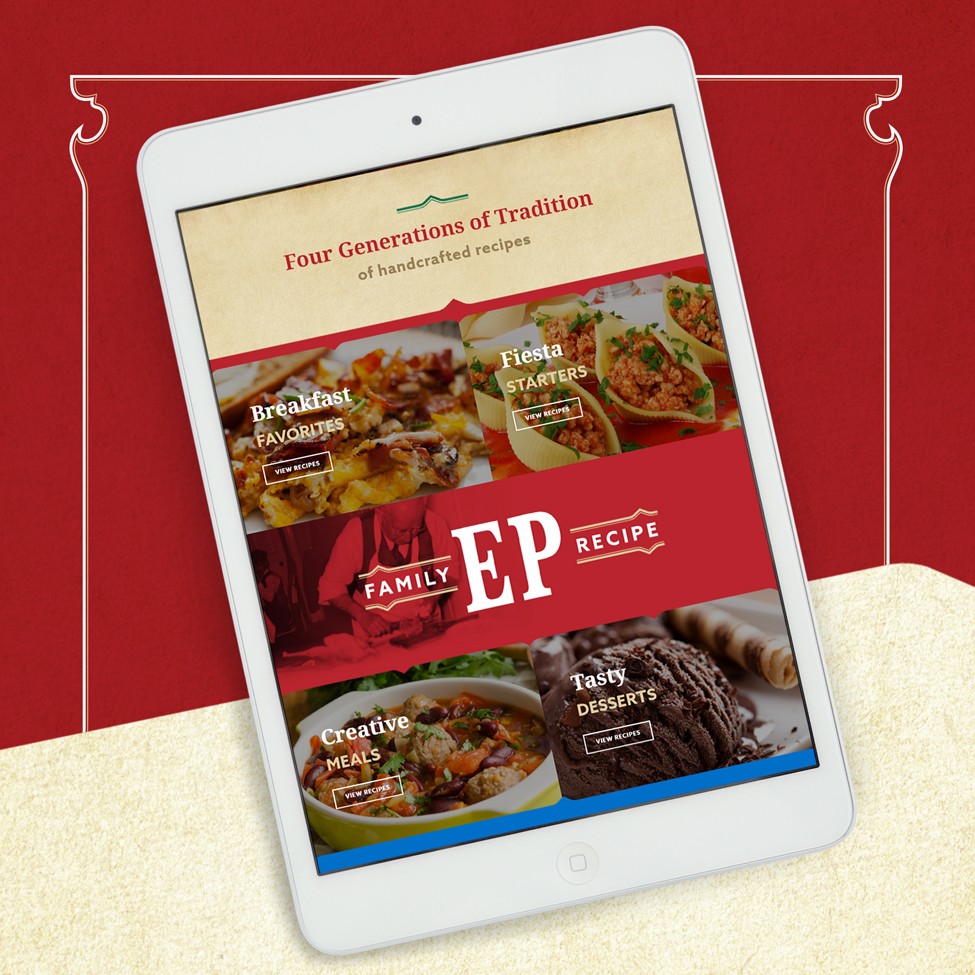 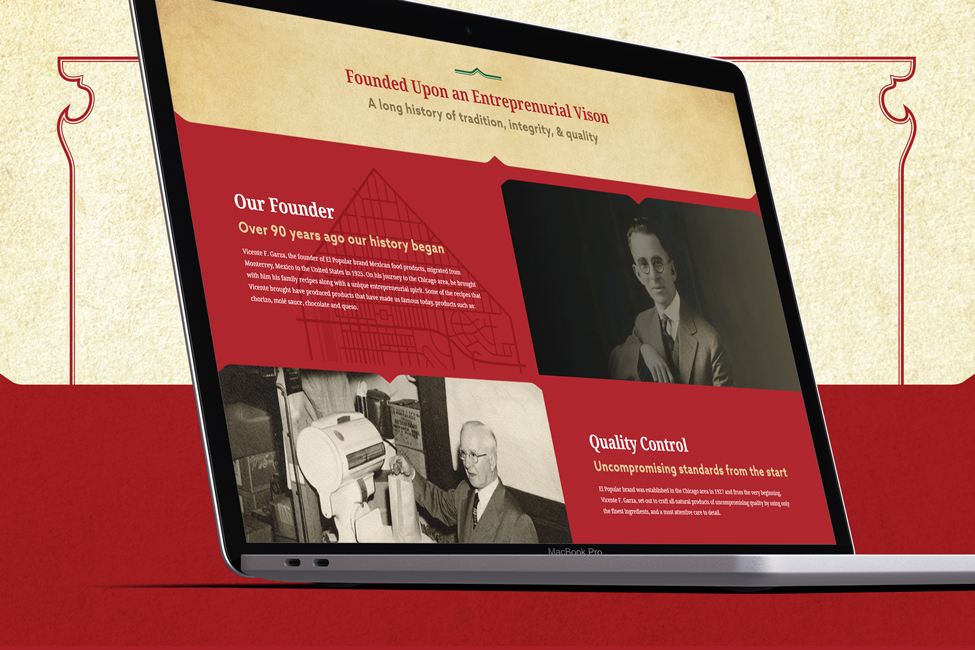 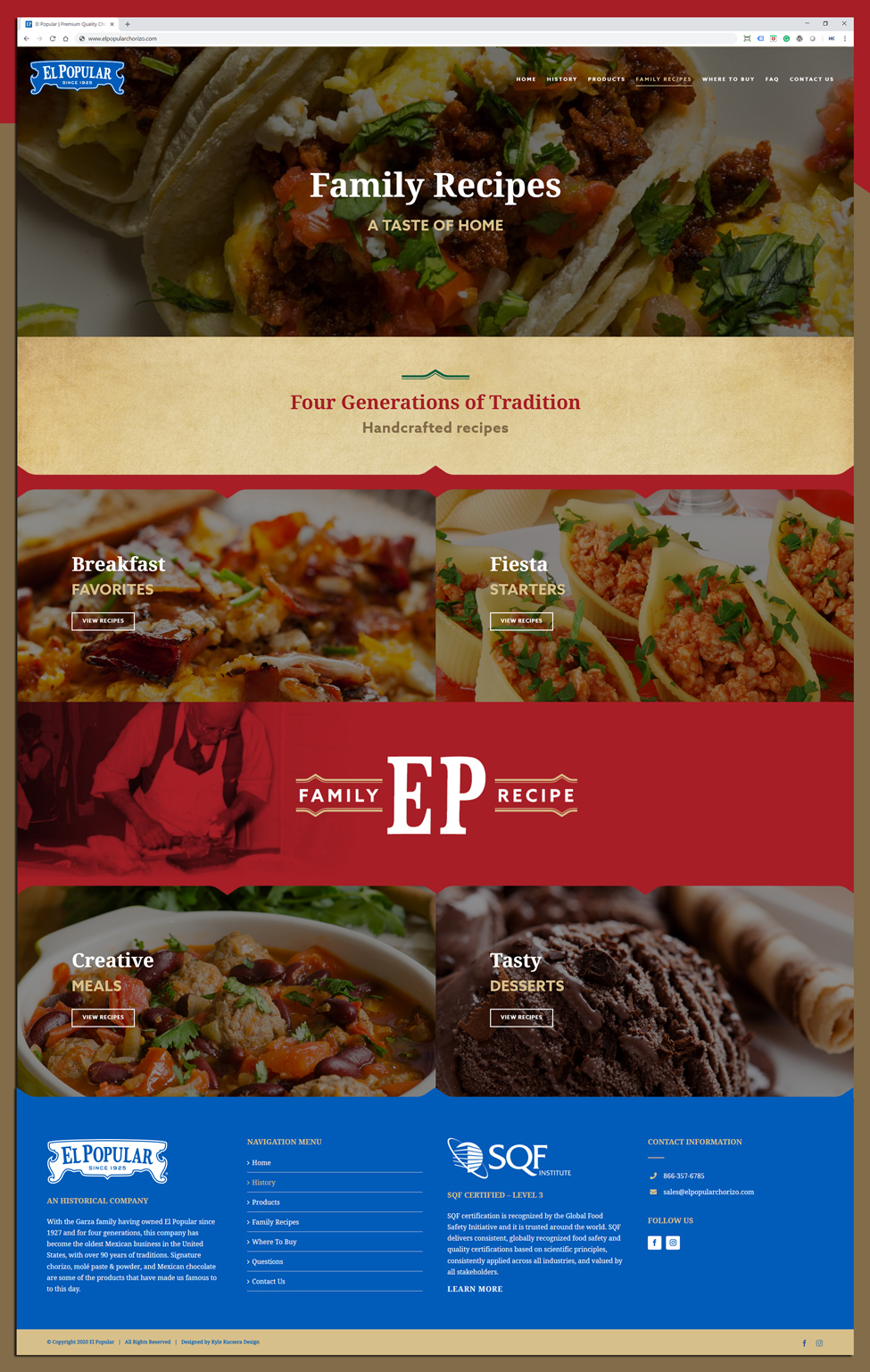 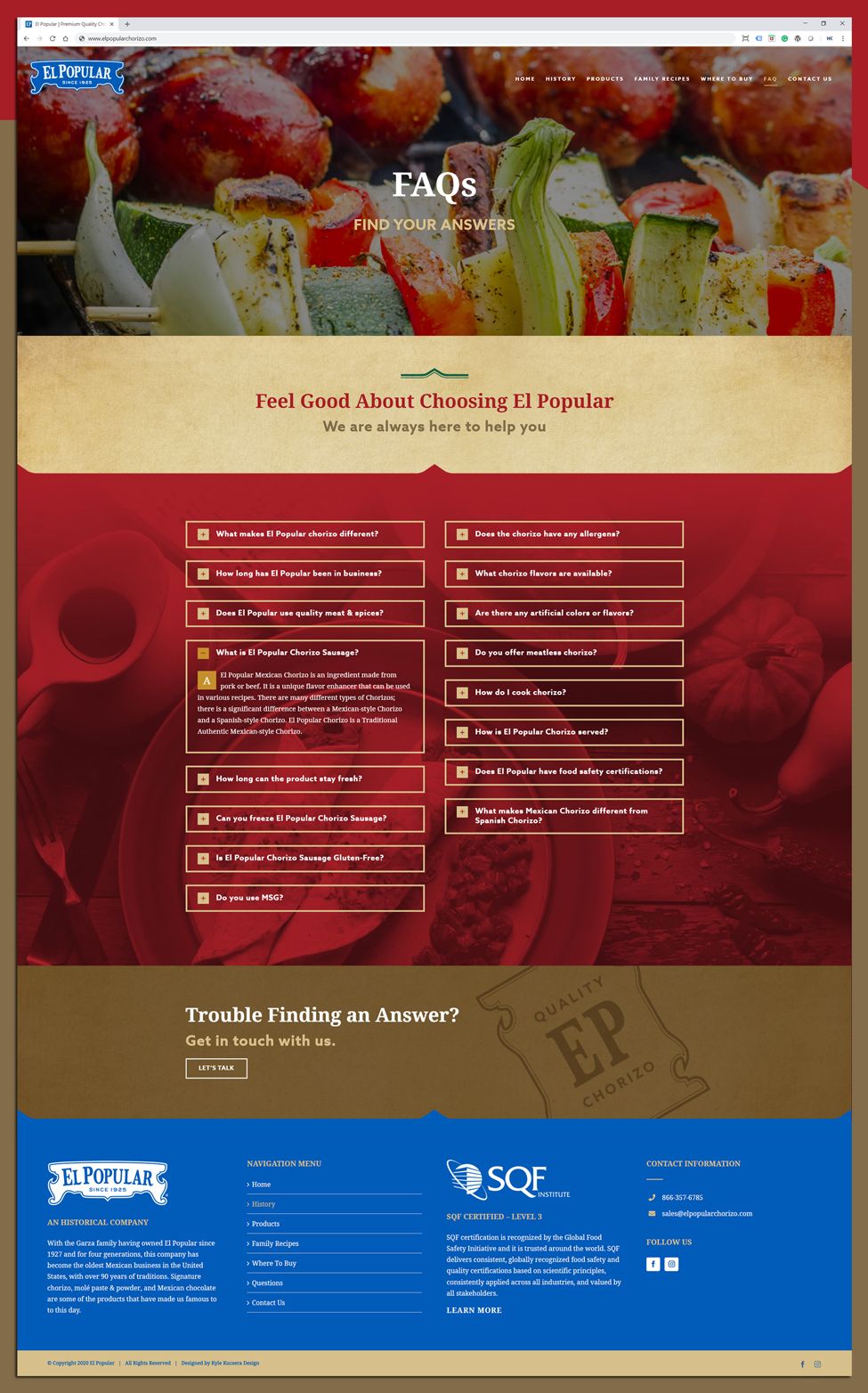 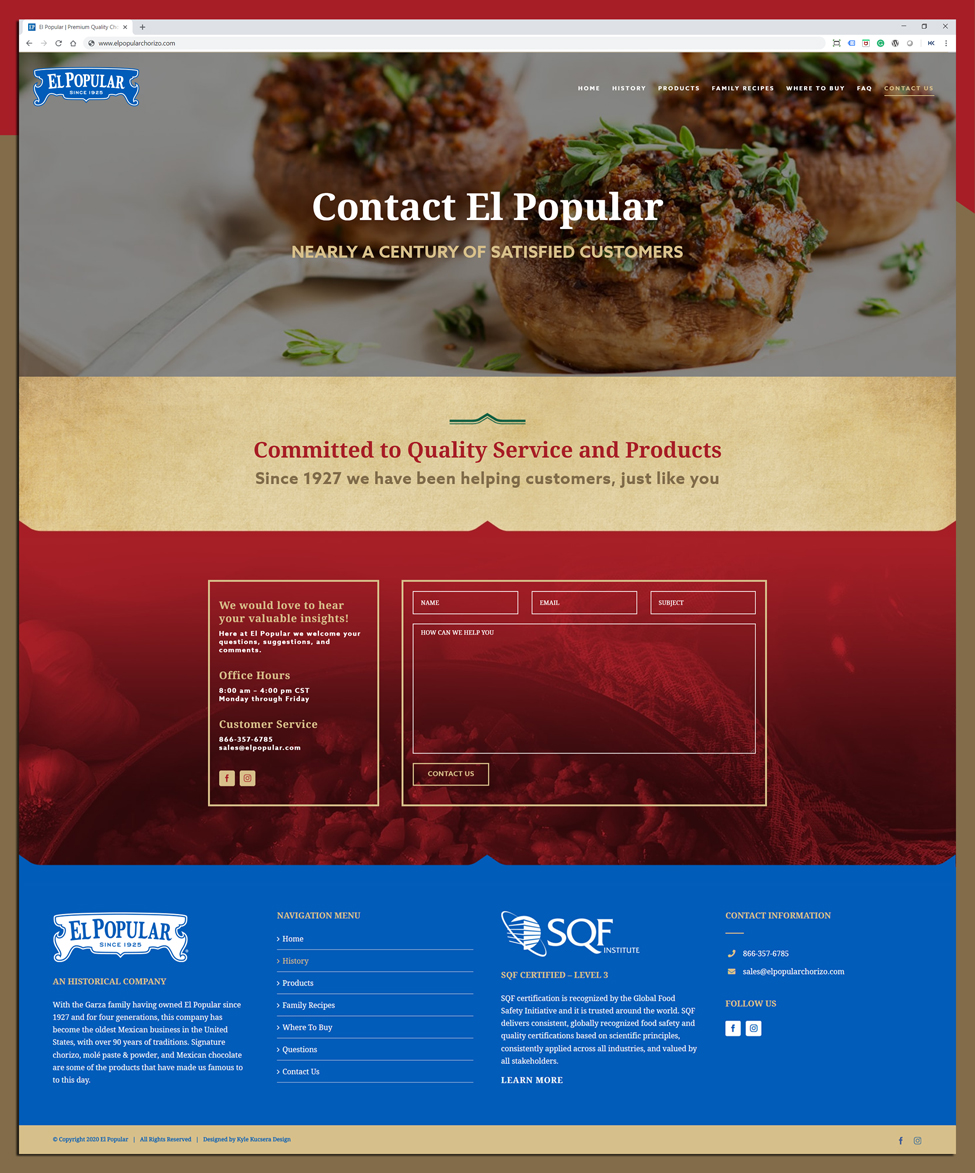 LET’S GET YOUR BUSINESS MOVING

TELL YOUR BRAND STORY TO THE WORLD

GET A QUOTE TODAY